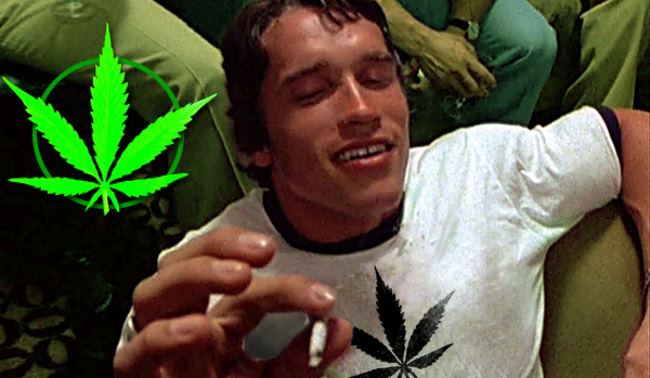 Posted at 04:20h in Fit Life by Meccamino 0 Comments
Share

Cannabis use is typically associated with getting the munchies and over-eating on high-fat, high-salt snacks. However, studies looking into cannabis and THC (the active ingredient of cannabis) found very different real-world results that actually suggest that THC may be a good way to manage your weight more effectively.

It’s been a long held myth that 60%-70% of our maximum heart rate is the optimal “fat burn” zone. This simply is not true. Calories in vs calories out is the ultimate bottom line for weight loss or gain.

If you’re curious to know how much is 7.5mg of THC in joint measurements; it’s actually a very small amount. A typical joint consisting of 1g of cannabis has about 100mg of THC. So 8% of a joint would provide the dosage needed to increase your heart rate significantly.

A study of over 4500 people from 2005 to 2010 found a significant link between cannabis user having a 16% lower insulin level compared to participants that did not use cannabis after they had fasted for 9 hours. 2

That’s right; the typical weed user is actually skinner than the non-weed user.

This is significant because we know that higher insulin levels is generally a sign that the body is struggling to keep glucose (sugar) at healthy levels. Eventually, high insulin levels can lead to type 2 diabetes.

Additionally the study found that there was a significant link between cannabis users and smaller waist circumference. That’s right; the typical weed user is actually skinner than the non-weed user.

It seems almost paradoxical. Cannabis use is typically associated with over-eating (known as the “munchies”), but there are studies which suggest otherwise.

When scientist found that THC increased appetite, they developed an effective cannabinoid receptor blocker which reduced the desire to eat. Effectively it acted as the “reverse-munchie pill”. However, it was found that these cannabinoid blockers were leading to depression and anxiety and were removed from the market as a weight loss solution.

However, many years later, scientist also uncovered that THC users were less likely to suffer from obesity and theorised that the cannabis in low dosages may have the same effectiveness in combating obesity as the cannabinoid receptor blockers.3

But wait, before you go out and smoke a whole lot of pot – the inverse is also true. There is a study which found that THC consumption lead to a significant increase in food consumption. Interestingly, it also lead to an increase in activity and cognitive function too.4

This may be useful to people who are trying to gain mass by increasing their intake of calories.

There is still a lot more research to be done in the field of cannabis use and it’s effect on the human body. However the evidence is suggestive that cannabis users are less likely to suffer from obesity, have better control over their glucose levels and often enjoy smaller waist sizes.

To those on the fence about cannabis, especially in Australia, I believe it’s time to move away from our failing criminalisation system. There are some interesting benefits to cannabis; and it’s about time we taxed and regulated the drug like other countries have successfully done before us.

1. Effect of marihuana on cardiorespiratory responses to submaximal exercise

2. The Impact of Marijuana Use on Glucose, Insulin, and Insulin Resistance among US Adults

Check out our Weight loss Products

Due to COVID all of our orders have been delayed by 3-4 days. We are working hard to get all orders dispatched ASAP Dismiss