Acetyl-L-Carnitine is good for weight loss, brain and his...

Acetyl-L-Carnitine is good for weight loss, brain and his…

21 Feb Acetyl-L-Carnitine is good for weight loss, brain and his…

Posted at 12:01h in Fit Life by Meccamino 0 Comments
Share

L-Carnitine is one of the world’s most popular supplements, most notable for it’s benefit in aiding with weight loss. But a number of studies in the last decade has shown that L-Carnitine can also help sperm… er.. swim. The medical term is motility, which is the rate at which moving sperm is ejaculated – making a man more fertile.

Today we’re looking into three benefits to taking L-Carnitine supplementation. Its rise in popularity came predominately from its weight loss effects to the body, but studies have also shown benefits to brain function too.

L-Carnitine supplementation can significantly increase the rate at which weight is lost in the subject.

Does L-carnitine actually help weight loss? In short: Yes, it can.

There has been a lot of studies about L-Carnitine and weight loss, and the results are mixed. An early study tested two groups of human subjects which both did 4 days a week of walking exercise, with one group supplementing with L-carnitine. After 8 week, there was no significant change between the two groups in body weight.1

However, when L-Carnitine is combined with a caloric reduction, multiple studies across over 900 subjects (humans and animals) have show that L-Carnitine supplementation can significantly increase the rate at which weight is lost in the subject. 2, 3

So L-carnitine is not a miraculous silver bullet for weight loss. However when you add it to a diet and exercise plan, it can significantly help the weight loss process. So why work harder? Incorporate L-Carnitine into your diet regimen.

Acetyl-L-Carnitine for the Brain 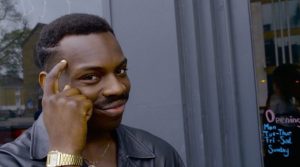 L-Carnitine has been shown to improve brain function and health

Multiple studies have shown that supplementation with Acetyle-L-Carnitine on Alzheimer’s patiences have resulted in increased behavioural and cognitive abilities in a relatively short amount of time. 4,5

Interestingly a recent study showed that babies who were born from mothers who were exposed to smoke had brain health improvements if the mother supplemented a small amount of L-Carnitine during pregnancy. 6

So, the improvement in brain function and health has been well documented when supplementing L-Carnitine. There has been little studies on the effects of L-Carnitine for the brain with the average, healthy individual, however considering there has been no known adverse side effects with taking L-Carnitine supplementation, it may be a safe way to protect our brain from future deterioration.

L-Carnitine for the Penis

Well not so much for the penis, but more for the quality of ejaculate.

There have been a number of studies which have linked L-Carnitine with the motility rate of human sperm. In other words, this is the percentage of ejaculate that actually has moving sperm. When motility increase, so does the likelihood of fertility. 6

So for the gentleman who is looking to reach fatherhood; there may be some benefit in using an L-carnitine supplement to boost his fertility!

So if you’re aiming for pregnancy, having your significant other supplement with L-carnitine may make him smarter, get slimmer and also help his fertility! It’s a triple win.